MEDUSA*ODE (EXCERPT) on September 9 at 8 PM

The head of Medusa embodies the boundless horror, we are afraid to find in ourselves – through the head-mask, all bad turns visible and at the same time banished in the reflecting mirror. (rfh)

This performance is an attempt at the tragic transformation of the ancient Gorgo Medusa. Everyone who looked into the eyes of Medusa turned into a lifeless torso. But when Perseus suddenly put the mirror in front of her face, Medusa got trapped by her own spell and her power was passed on to Athene. Later Medusa became a symbol of keeping mischief away. 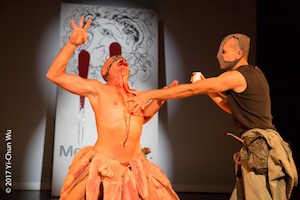 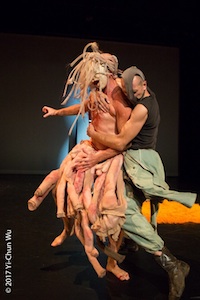 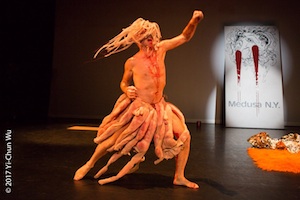 At the beginning of the 19th century a French ship called Medusa wrecked near the Westafrican coast. The famous canvas “The raft of Medusa“ which was painted by French painter Alexandré Géricault in 1817, keeps reminding us of this catastrophe. It is still relevant today considering all the sad refugee-accidents in the Mediterranean sea due to the continous migration movements over the past ten years from the Middle East as well as from Africa towards Europe. Working on the choreography of Medusa*Ode I confronted myself with the myth of Medusa in order to grasp the fundamental tragic aspects.

The two performers refer to the different appearences of Medusa and to the role of the painter becoming part of the dramatic circumstances of his own painting. In the N.Y. performance of the excerpt of Medusa*Ode, Matthias Mollner substitutes the Austrian artist Hannes Mlenek, who in the original version related his part to the French painter Alexandré Géricault. The drawing in the set of Medusa*Ode New York is also done by Hannes Mlenek. 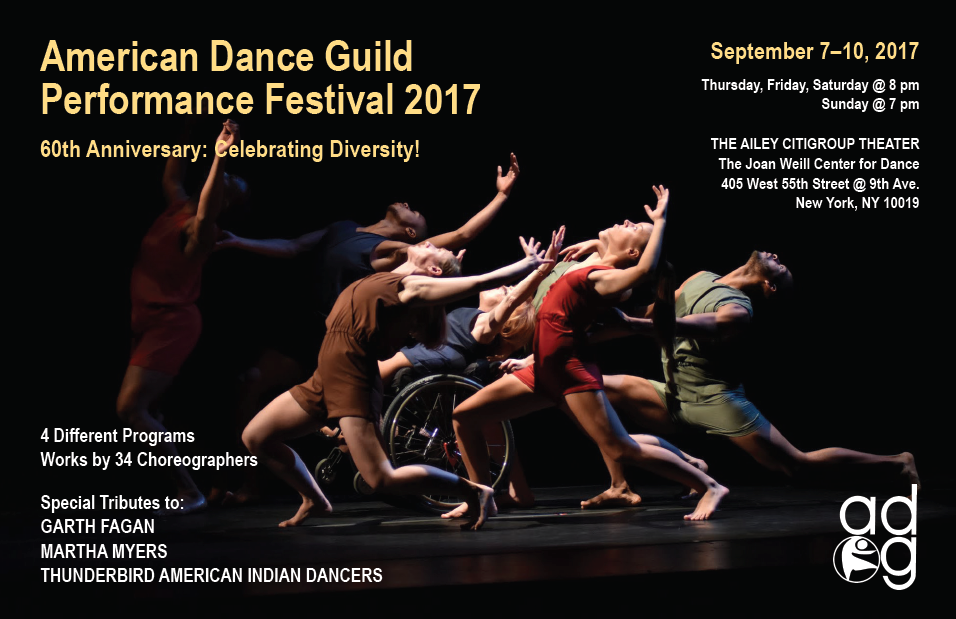